As Ferguson goes, so goes America?

Well, hello again, everyone.  Just me, checking in on Thanksgiving Day, 2014.  It's been a long time here since I wrote a post, and I'm sorry because I am really trying to get better about my sometimes very long hiatuses between them.

It's just that I oftentimes just don't find things to write about that I think are interesting enough to post here on, or that I think would be good fits for my page here.  The friends and family that are my Facebook friends know full well I have plenty to say on a lot of things, particularly on world events!

But here, I want to go beyond the left/right thing a bit, and have a think-session with the reader who might agree with me a lot AND the reader that might not.  No matter what sort of country you imagine you want here, the choices we make have consequences and must be thought out before the fact, because we will all reap the whirlwind.  We can agree to disagree to an extent, but the minute either of us finds the order too unbearable, massive and likely unpleasant things will happen, and we ought to each ask ourselves where it might pay to live and let live.

I guess I'm typecast as a "right wing" author now, which I don't mind that much, but above all else I try to be real, for the reason I gave above.  Even, to a degree, when I am writing a science-fiction book/satire like Lone Star Daybreak is.  Yes, read that again.  I don't think that the events in there are going to happen tomorrow, and the left wing characters in there too had some satire thrown in on them.  I left it up to the readers to suss it out.  A U.S. President gets shot in the Oval Office by an intern he'd been having an affair with?  Come on.  That was an obvious jab at Bill Clinton's habits.  I could have had her strangle him with a dress, I suppose.

But even in that book, I wanted to make people think seriously about their country and its future.  I didn't want anyone to have illusions about the mayhem we are in for if we don't pull together as a nation and stop dividing ourselves.  The people who say the country could never split apart are also ignoring history.  Ours did split once, and nations all around the world are splitting up.  Iraq, Syria, Libya, Yugoslavia.  The world has been an unstable rollercoaster since the Cold War ended.  The Left thinks everyone on the Right is an idiot, and many of the policy wonks who are effectively running this country think ordinary Americans are too stupid to manage their own affairs.  The nation states of the world are, as I have said before, experiencing trauma greater than themselves.  The world is changing, and they will either evolve with it or be changed involuntarily.  Spin the globe around and stab your finger down.  Everywhere you go, unless you hit water, you will find a country struggling to find its way in the Information Age world.

In America's case:  Sad to say, but many of the precursor attitudes and atmospheres that I wrote about in Lone Star Daybreak are being seen in real life now, and this makes me wonder what the future really does hold for the country.  I can say one thing for sure-- many "Americans" have already mentally and morally seceded from the rest of the people.

For any of you who have read Lone Star Daybreak, you will remember one of the main characters began on his bloody path following a massive civil disturbance caused by an officer-involved shooting in a Northern city.  The people in the city thought that they were entitled to loot and shoot based upon their grievances against the government-- which tried to appease them rather than deal with their criminality.  And then we come to Ferguson, Missouri in 2014.

I'm not going to argue the points of the case because, like everyone outside of the grand jury, I didn't hear and see all of the evidence.  I do know that those who were on the grand jury decided to no-bill Officer Wilson.  And in response to this, we get many people-- many "leaders" around the country, saying that the system that we have in this country is inherently corrupt, racist, and what-have-you.  I have heard currently serving politicians who were elected based on the very system they decry saying things about our country that are absolutely unbelievable.  More chillingly, they would "fix" the system so the next time, we could be sure an officer like Wilson gets put on trial.

And then what?  Would we put people in a room and do that ridiculous test when you push the button up or down depending on how good you feel about what you see on the television?   Or maybe we could "improve" things on the front end, so the situation never occurs.  Would we simply refuse to enforce the law?  Say that if someone is aggrieved enough against our country, that they may simply rape and pillage with impunity on whomever they think has wronged them?  If you are going to make sure someone gets tried, go one better-- make sure they get convicted.  And as for punishment?  Better not to imagine.

I know many of the Ferguson protestors are in the country with us, and they speak our language (mostly), and eat and drink and shop for many of the same things the rest of us do.  But beyond that, they might as well be on another planet.  A planet that I don't care to visit.  What I want to know is what sort of system we would replace the existing one with?

Notice that due to social media, the Ferguson situation is not just nationalized, but global, and the repercussions stand to be that much more severe.  The division that we are sewing in this land is really starting to have some serious consequences, and we should realize it.  Calls for the American order to be overturned are not coming from dingy rooms on college campuses or from coffee bars in left wing US cities.  We are hearing them from the lips of elected officials and we see those officials actively supporting the changing of the US from the country it was founded as to something as yet undetermined.  Radicals who wish to destroy the US for their own reasons are listening.  ISIS has announced that it will support the Ferguson protest movement if they will support ISIS.  How many will say yes?

Change may be inevitable, but it is also dangerous and there is no guarantee we will come out of the other side better off.  We need to be intelligent masters of our fate to the degree possible.

Posted by Unknown at 7:49 PM No comments: 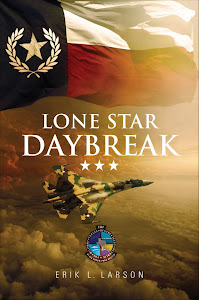